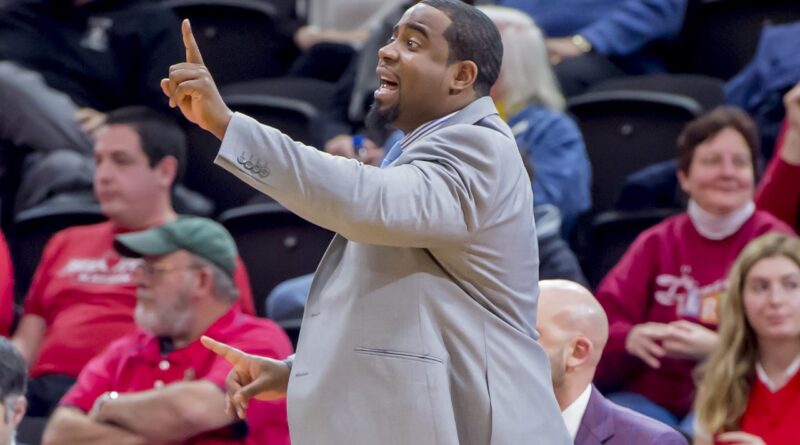 As we all sit at home wondering what’s next, I have a true story to tell about a flight that changed my life. I am Serge Clement, and I am an assistant men’s basketball coach at Marist College in Poughkeepsie, NY.

During the summer of 2013, I coached AAU basketball with Sports University. This was a travel club based out of New Jersey, producing NBA players such as Karl Anthony Towns and Deandre Bembrey, and many more. As many of you know, as a coach, there are many things that will happen, and some will be out of your control. So, we have to find the best ways to keep our players even keeled even in challenging circumstances.

On this day, my team and I boarded a flight from Dallas, TX on our way back to Newark, NJ. At this point, I haven’t the slightest clue of the results from the tournament because all I can remember is sitting in the equivalent of the nose-bleed section on the airplane – literally, the very back, the aisle seat, next to the restrooms. Mid-flight, the traffic to the restroom increased but there was no movement. At one point, all of my players were congregating next to me in the back of the plane. As one restroom was in use, the other restroom continued to be occupied as well.

After another 15 mins elapsed, one of my players tapped on my shoulder and said “Coach, I think someone is in the bathroom and something’s not right.”

I literally sprang up, as we both proceeded to knock on the door. It seemed like everyone on the flight began to look towards the back with curiosity. As the knocking continued, the looks on peoples’ faces became frantic. Even the flight attendants were nervous and panicked, which in turn, passengers panicked as well. We banged on the door for a couple more minutes, but still no response.

Tom and I decided to take action. We cracked open the bathroom door but had little success opening the door in its entirety. We were able to prop the door enough that our fingers were able to grip the inside of the door. From there, we were able to get a slight opening. Once we did that, we saw a man’s body contorted between the toilet and the wall of the restroom, and he appeared to be unconscious. We all know how tight restrooms are on flights. So, the sight of this man’s body being compressed in that restroom and the possibility of him not being alive provided all the motivation we needed to get that door open.

Since there was a strong possibility that this man may not be alive, Tom and I began to panic. Then, everyone on the flight is in panic mode, and I hear over the loudspeaker that we will be making an emergency landing in Baltimore. We pulled harder on the door to the point that I was able to squeeze my body into the tight space, and I was able to climb over the man’s body. Using two fingers, I checked his pulse on his neck, and through the grace of God, he was still breathing.
From the inside out, I was able to kick the door open, and Tom was able to pull the man out of the compressed restroom as we made our way to a seat. The man began to hyperventilate and, shortly thereafter, he had a seizure. Apparently, he was diabetic. Thankfully, Tom thought quickly on his feet and asked for orange juice as I elevated his feet on the seat. The sight of this man’s eyes rolling back into his head as he struggled to breathe sticks with me until this day. As we made the emergency landing in Baltimore, the flight attendants quickly came into action with a defibrillator. Upon landing, EMT took over and I was left grasping for words at what just happened.

This experience changed my life. As I was kicking the door from within, I felt a sense of urgency as if this stranger I barely knew was a family member of mine and his life mattered. I could not live with the guilt on my conscience if I did not give it my all to help. I was raised to value every human being that I come across is as equal to the next person. As I think back to that exact moment, it was two individuals from different races and ethnicities saving the life of another person. Regardless of class, gender, race, ethnicity, and any other term used to divide the human race, the sole purpose was to save a life. And we did.

That was seven years ago and that’s the flight that changed my life.

Serge Clement has served as an Assistant Coach at Marist College under Head Coach John Dunne since 2018. Prior to Marist he spent 5 seasons with Dunne at St Peter’s College. From 2011-13 Clement served as an assistant coach at Adelphi University (NY). He began his collegiate coaching career in 2009 at SUNY Cortland after graduating from Potsdam State (NY) where he finished a successful playing career.