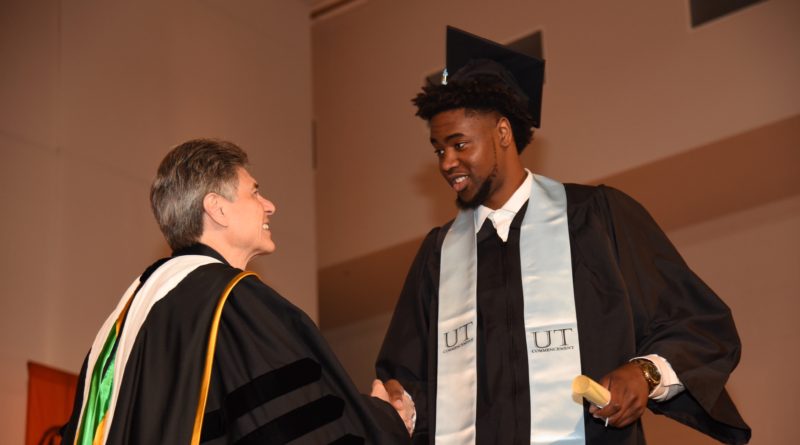 In the spring of 2011 I saw Prince Ibeh play for the first time. He was playing for the Top Achievers Program at a spring AAU event at the Bob Knight Center in Duncanville, TX.  I had just returned to Texas for my second stint on the staff. When I first joined the Texas staff in 1999 I coached Chris Ogden during his freshman and sophomore seasons and now, ten years later, we were fellow assistant coaches working together. It was pretty cool and this was the first event we attended together that spring. Chris had been actively recruiting Prince and wanted to get my observation. It was a matchup against a very highly touted prospect at the time by the name of Isaiah Austin. So I was going to be able to get a very good look at him in a very competitive situation. I was impressed right away. He was raw offensively but seemed to embrace physical contact and was very explosive athletically with a real knack for blocking shots. Since I liked him, Chris suggested that he and I work together in recruiting Prince because the young man was so quiet and reserved that maybe I could assist in making a personal connection with him.

Chris was wrong. Getting Prince to engage over the phone or in person was a real challenge. He was extremely quiet and although it did feel like he was listening, he didn’t give you much beyond one word answers. We did connect with his mentor, Lawrence Mann, and his parents so as the recruiting process went along we developed a good enough relationship with everyone to ultimately convince Prince to come to Texas. Once he arrived on campus he maintained his reserved nature but over time it became clear that, although he wasn’t saying much, he was seeing everything and if he did share his opinion it was generally quite thoughtful and accurate. I came to believe that in some ways that inside his silence, he enjoyed that people might underestimate his intellect. I eventually recognized that he was someone I could talk to like a grown up…that if I explained something to him he would grasp it. So although it was never said as such, I also believed that he and I had developed a healthy level of mutual respect beyond player/coach. I truly enjoy the relationships that I have with the players I am so fortunate to coach but on this particular Texas team I would say that of all the players, I had the least amount of day to day communication with Prince.

In the spring of 2015, the end of Prince’s Junior year, our staff was fired from the University of Texas and it became a time of upheaval and uncertainty for my family and I. During such times many coaches find themselves questioning why they even commit themselves to a profession filled with so much instability. I have certainly asked myself that question over the years. Sometimes it’s due to opportunity, other times by misfortune. During this particular period of transition I received a text message from a very unlikely source…Prince Ibeh. I saved the text because it means a lot to me. Not simply because of his words but also because it came from him, someone I didn’t expect to hear from who was very selective in how he communicated. This is what he shared:

“In my third year and I’ve never told you how much of a role model you are in my life and how I respect you. I’ve never had to question if you’ve had my best interest, whether you believed in me or if you would be honest with me. More than any man I’ve ever met in my life you’ve made an impact on my life and showed me what type of man I want to be and how I want to raise my family. During my years here I’d fallen so low to the point I questioned if I wanted to anymore, and without me ever telling you anything you would always somehow raise my spirits; I never even expressed my concerns you just did because that was genuinely the person you are. I love you and wish the best for you and your family. “

I get emotional every time I read that. Even as I am typing right now it has that affect. I think we all want to feel as though we are doing something of real value. The drive to win in college athletics can sometimes cloud that. In a way, Prince did for me what he suggests I did for him. What he communicated to me, without knowing it, is that I had real value in his life. He did so at a time when I really questioned what I was doing. I needed that. So thank you Prince Ibeh for lifting my spirits. I love you too and also wish you and yours the very best!

EDITOR’S NOTE
Rob Lanier is currently the Head Coach at Georgia State University. Prior to Georgia State he spent the previous 4 years at The University of Tennessee under Rick Barnes. Rob finished his playing career at St Bonaventure University in 1990 and began his career in coaching under Jack Armstrong at Niagara University that summer. In 1992 he moved on to his alma mater under Jim Baron for 5 seasons followed by stints at Rutgers and Texas before being named head coach at Siena College in 2001 where he led the Saints to two postseason appearances (2002 NCAA & 2003 NIT). After Siena Rob worked at Virginia under Dave Leitao  (2005-07) and under Billy Donovan (2007-2011) before reuniting with Barnes at Texas in 2011.