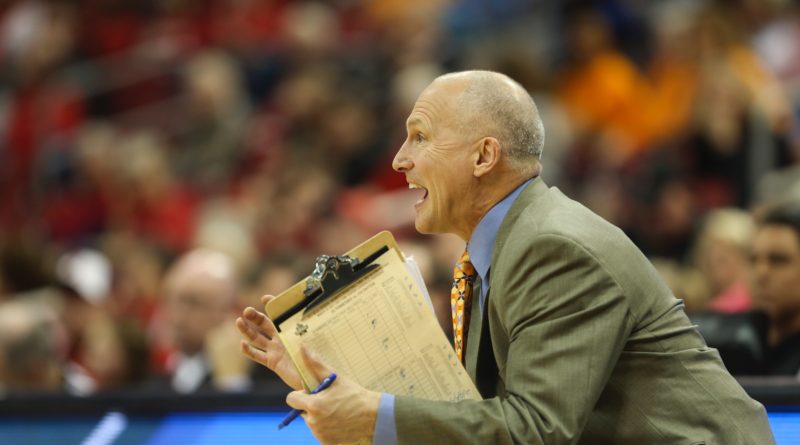 The year was 1983.  I had just finished working a basketball camp on Long Island.  Mitch Kupchak’s “Yes I Can” Basketball Camp to be specific.  Stan Kellner, Mitch’s high school coach, started the “Yes I Can” camps that were run in various parts of the country.  (More on Coach Kellner in another article, possibly.  A unique man with a great heart for helping others.)  One of the biggest of these camps was Mitch’s camp held on the campus of C.W. Post College on Long Island and then it moved to Fairfield University in Connecticut.  By that time, I had gotten to know Stan well as he had come to Michigan, where I was working camps in the summers while playing at Spring Arbor College.  He ran a “Yes I Can” camp at Wolverine Camps in Wolverine, Michigan.  Wolverine is a tiny town in northern Michigan that is beautiful in the summer.  Lots of trees, open areas with green grass and beautiful summer days.  Stan fell in love with the place immediately and everyone there fell in love with Stan.  It was a terrific time of learning, growth, basketball and friendships.

After graduating from college in 1982, I became a GA (graduate assistant) at Central Michigan University.  (GA in name only – I had to work 9 weeks of summer camps and borrow some money from my parents to make ends meet!  My GA “stipend” – a few extra bucks for working the CMU camp and 1 meal a day at the training table.  And I was thrilled to be there!!)  During the summer of 1983 I continued to work the “Yes I Can” camp with Stan and Mitch.  A terrific group of coaches, counselors and campers gathered for several days and the energy, led by “Uncle Stan,” was terrific!  Stan and I communicated periodically throughout the year beginning with when I first met him during my playing days and then continued to do so afterward.  That particular summer, I looked forward to the trip east again to work the camp.  After my first year as a GA, I knew I needed to keep expanding my circle as a coach. I discerned that being born and raised in Michigan and playing small college basketball there was not a “yellow brick road” to coaching success.  (Although it has worked out pretty well for a guy named Izzo!!) I figured I needed to meet more coaches and people from different areas of the country.  As many young coaches are, I was open to going anywhere at any time at the drop of a hat.  Anything to meet coaches who were established and experienced and who might offer me even a morsel of insight as to how to survive in the coaching profession.

Keep in mind this was pre-internet, pre-cell phone, pre-YouTube, pre-anything except land line phone calls and writing letters.  So I did both.  Pulling out a map, I wrote (Type-written letters on a Smith-Corona typewriter!  Try finding one of those today!) letters to coaches whose schools were somewhat close to my path driving from Michigan to Fairfield University for Mitch Kupchak’s camp.  Hoping for even nibble of a reply, I was going to see if I could stop in to meet any member of the staff, pick up a “nugget” or two of good information, and express my availability in a year to join a new staff after completing my master’s degree.  It was a long shot for sure, but it was definitely better than doing nothing.

Coach Kellner was aware of my game plan as I prepared to travel back to work his camp, and thought it was a good idea.  Once at the camp, Stan told me he had a friend whom he had coached against on Long Island.  Stan told me the guy was a good coach, that they had had some battles with their teams but he respected the guy.  This coach’s name was Mike Cingiser and he was now the Head Men’s Basketball Coach at Brown University in the Ivy League where he had been an outstanding player.  Stan asked if I would be interested in meeting with Coach Cingiser if Stan could arrange it.  I was thrilled and gave an emphatic absolutely yes!  So Stan made the call, got back with me during one of the last days of camp and said that Coach Cingiser was in town and would be willing to spend a few minutes with me if I got up to Providence.  Right then and there I knew my route back to Michigan would include a detour to Providence, Rhode Island!

So now the real crux of this story…the kindness and authenticity of Coach Mike Cingiser.  First of all, remember that he and I had never met.  It was only through the friendship of Stan Kellner that Coach Cingiser even remotely knew who I was.  Gracious with his time, he agreed to meet me.   So upon departing Fairfield University when camp ended and with a phone number for Coach Cingiser given to me by Stan, I drove to Rhode Island.  By the time I got up there it was early evening and it was a drizzly summer night.  I stopped at a pay phone  (Again, no cell phones!) to call Coach Cingiser.  A bit apprehensive when I dialed, I got him on the phone and told him I was the guy from Coach Kellner’s camp.  He gave me the name of a restaurant, the directions and the time he was going to be there.  I arrived early and waited outside; Coach Cingiser and his wife arrived shortly thereafter.  He was kind and welcoming, and invited me to come in with them.  We sat down, and I had what I remember being a fanstastic hamburger!  We talked on and off over the meal about coaching, his coaching path, about the program at Brown and how he knew Stan.  (His wife was patient and kind to sit through all this!  A young wide-eyed kid from Michigan disrupting their summer dinner by peppering her husband with questions!)  We finished eating and Coach Cingiser picked up the check and we headed out the door.

Now hear is the part that has stuck with me for 35 years.  (Not that the previous parts have not, as you can tell!)  Coach Cingiser invited me to his house to visit for a bit more.  I followed he and his wife to a nice neighborhood just outside the city and he showed me around the home and then we sat and talked more.  During that time Coach Cingiser seemed to take a genuine interest in what I was doing, what my experience had been like as a GA in my first year of coaching, and offering insight and advice about coaching.  I will NEVER forget how kind, patient and thoughtful he was during our visit.  I also clearly remember how down-to-earth he was and how genuinely humble.  Here was a NCAA Division I head coach sitting down in his home, talking with a 23 year old kid whom he had never met and never saw again.  It is hard to imagine this scenario occurring in today’s world.  But the impact that those few hours had on me has lasted all this time.  An established coach, advanced in his career, taking time to reach down and lift up a young hopeful novice.  To be honest, I remember so few specifics of our conversation but I remember with clarity how welcome and accepted I felt.  What is it that John Maxwell, and others, have stated, “People may not remember everything you say but they will definitely remember how you make them feel?”  That definitely has held true all these years later.

I have never seen or spoken with Coach Cingiser since that day.  I followed Brown remotely for a few years, then became immersed in coaching and, like so many other people with whom our lives intersect momentarily, simply kept moving on.  (I did write him a thank you note but I have always felt a little guilty that I didn’t stay in touch more.)  I do know that he coached Brown from 1981-1991.  From the outside, and from what he told me that day, it was a very challenging job.  I do know he had a passion for it at the time.  But the real point is simply this…one man, one person, taking the time to help and positively impact another.  It meant THE WORLD to me that Coach Cingiser took the time to even meet me or speak with me.  The fact that he invited me to his home and took more time to visit with me made such an impression on me.  So much so that I have tried to follow his lead over the years.  While I am not someone of Coach Cingiser’s stature in today’s coaching world, occasionally I have had coaches reach out to me to come in to visit, share ideas, ask questions, etc.  And while I haven’t always been able to treat each one to a fanstastic burger, I have tried to be genuine and take the time to listen, share and visit with them.  Even more so, to encourage and affirm them in a way that Coach Mike Cingiser did for me in 1983.

We all have “moments” in our lives and our careers, moments when someone has made us feel valued, special, important or encouraged us at a time when we had doubt and uncertainty.  My few hours visiting with Coach Cingiser in the summer of 1983 was one such moment for me.  Because of it, I went away thinking and believing that maybe, just maybe, I too could have a career in this wonderful profession. And I also went away with a much better idea of how to treat people who were seeking to break into an extremely tough line of work.

So, 35 years later, I want to once more say “Thanks Coach Cingiser!  Thank you for taking the time to visit with me and share your thoughts with me.  Thanks for fantastic burger and thanks for your kindness and generosity.  Thanks especially for showing me the way.”  Coach Wooden once told me that “one of the greatest things a person can do is to help another who will never be able to repay you.”  He was right.  Thanks guys!

EDITOR’S NOTE:
Dean Lockwood is an Assistant Women’s Basketball Coach at Michigan State University under Suzy Merchant. Prior to Michigan State Coach Lockwood had been a member of the Tennessee Lady Vols Coaching staff since 2004. He served under legendary coach Pat Summitt, then assisted Holly Warlick . During his tenure, Lockwood has helped Tennessee win 7 SEC Tournaments, 5 SEC regular season championships and NCAA Titles in 2007 and 2008.