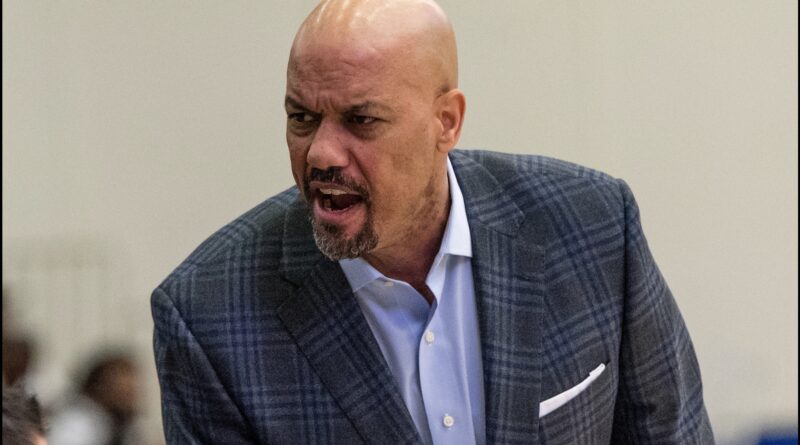 In the wake of the protests across the country over racism, social justice and police brutality, I’ve had two extensive discussions with white colleagues that I have great respect for. They want to have an effective dialogue with their team, and their prevailing concern is this:

“How can I best and most effectively address these matters if I can’t put myself in their shoes?”

Because I know them and believe in them as people, I responded to their question with that opening question:

If you are a white coach and your reality is “yes,” you don’t have to worry about putting yourself in anyone else’s shoes. If you love them, they know it and they look up to you and have relied on your leadership as they pursue their dreams. So first, tell them that you love them. If you don’t love them and it’s really all about sports, they already know that too. It doesn’t mean they won’t perform but in times like these that disconnect will be felt.

Also as a white coach, if you love them, ask yourself this:

What if this happened to one of your players or their loved ones and you had to stand inside the locker room to address your team about it? How would that feel?

If you look at it through that lens, you don’t have to be in anyone else’s shoes.

The coach has such a strong role in young people’s lives. He or she is not the average person on the street in these moments. In so many cases, your voice, your opinion, your approval and your discipline serves as one of the most important influences in their world outside of their parents. Sometimes your presence serves as THE most impactful male or female figure in their lives…even if you’re white.

The reality for a coach is, if you really care about them as a person, that most people can’t put themselves in your shoes.

As a young graduate student at Niagara University from 1990-92 I learned about a social psychology concept that has always stuck with me. Over the years since, I have made the effort to utilize it in communicating a message to student athletes. The concept is called The Bystander Effect. The study in social psychology centers around an incident that took place in 1964 in Queens, NY involving a 28 yr old woman by the name of Kitty Genovese. Kitty Genovese was murdered in broad daylight in front of over 30 witnesses. She was stabbed to death. None of the witnesses came to her aid nor did anyone make a timely effort to call the police. They stood by and watched this woman die.

The Bystander Effect is a byproduct of a dynamic termed Diffusion of Responsibility. Essentially, this refers to a phenomenon where the greater the number of people that are present, the more inclined the individuals are to follow the behavior of the group. So, in this case, inaction basically became contagious. They adopted the belief in the moment that someone else will assume that responsibility. They became bystanders.

At Georgia State we often talk about this with our team. From a basketball standpoint and from a leadership standpoint, we use this analogy to describe action. We talk to them about not being bystanders. We have revisited this concept in the past few weeks in light of the recent events involving the deaths of unarmed black citizens like Ahmaud Arbery, Breonna Taylor and George Floyd. As a coach of a predominately African-American group of student athletes and the father of two African-American teenagers, we have entered into a dialogue that feels painful and natural at the same time.

Recently on sports talk TV and radio, I’ve noticed a strong call to white coaches to speak out. That demand is really not about social media posts, although in these immediate, highly emotional times it does represent the most direct medium for expression. It’s really about your voice and how important you are in so many young people’s lives. I’m sure there are many white coaches who feel a pressure to strike the right tone and to put something out that stands up in the face of potential scrutiny. Ultimately, that pressure is a small price to pay.

At a time when black lives once again appear to have been devalued, people want to hear that the leaders of young people who have achieved acclaim, stature and fortune in their position as coach are not being bystanders. Veteran coaches with a long track record of service shouldn’t have that body of work be diminished because they didn’t post on social media or they released a statement that didn’t totally hit the mark. That isn’t quite fair and their character will stand up over time. But what we all know is that being great at your job doesn’t necessarily mean that you’re a good person.

What makes the great leaders great and what coaches generally try to teach their athletes is the ability to recognize when it’s time to step up. Those who are challenging white coaches are essentially saying that now is one of those times.

They want to hear from you.

Rob Lanier is currently the Head Coach at Georgia State University. Prior to Georgia State he spent the previous 4 years at The University of Tennessee under Rick Barnes. Rob finished his playing career at St Bonaventure University in 1990 and began his career in coaching under Jack Armstrong at Niagara University that summer. In 1992 he moved on to his alma mater under Jim Baron for 5 seasons followed by stints at Rutgers and Texas before being named head coach at Siena College in 2001 where he led the Saints to two postseason appearances (2002 NCAA & 2003 NIT). After Siena Rob worked at Virginia under Dave Leitao  (2005-07) and under Billy Donovan (2007-2011) before reuniting with Barnes at Texas in 2011.