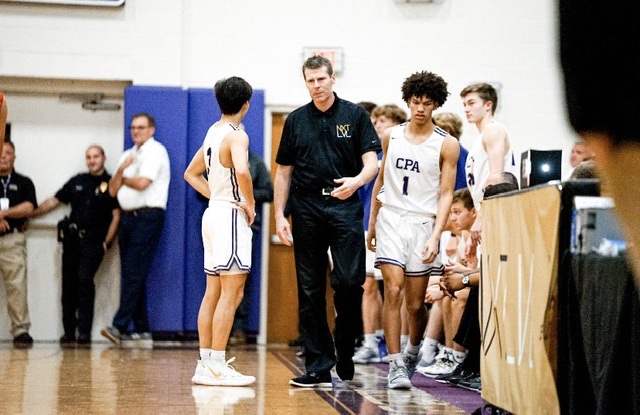 “If you are not making Mistakes, then you are NOT doing anything!”
–John Wooden

“I’ve missed over 9,000 shots in my career. I’ve lost almost 300 games. 26 times I’ve been trusted to take the game-winning shot and missed. I’ve failed over and over and over again in my life. And that is why I succeed.”
– Michael Jordan

Think about that…the Greatest Basketball Player to have arguably ever played on this planet gave credit to making mistakes, losing, and failure as a reason to why he was driven to succeed. When we think of Michael Jordan, we think about the shot in Cleveland, the six 3-pointers in the First Half in NBA Finals, the take off and slam dunk from the Free-throw line in Chicago, or the walk-off shot in Utah, giving the Chicago Bulls their 6th championship! You may also think about the shot, in the Superdome in New Orleans, over a stretched hand of a Georgetown defender as a freshman, giving legendary Head Coach Dean Smith and the North Carolina Tar Heels their first National Championship. When we think of Michael Jordan, you think of SUCCESS. You think of GREATNESS. You think I WANT TO BE LIKE MIKE (Remember that old Gatorade commercial!)

Yet, when Michael Jordan was asked about success, he pointed to life’s best learning moments of making mistakes, losing games, missing shots, and experiencing failure as the reason he was able to achieve. He learned at an early age when he was a freshman at Laney High School in Wilmington, NC that being cut from the varsity team was not the point-the point was about response and not allowing that moment to define you.

So…let me ask you WHAT ARE YOU WORRIED ABOUT? WHAT IS THE WORST THING THAT COULD HAPPEN? You could miss. You could lose. You could be shot down. You could make a mistake. You could make a bad grade. None of these outcomes could ever define who you are and what you are being created to be! The seed to Greatness lies in the first step out of your comfort zone and being willing to take a risk and being OK with making any mistake you may make. Nothing great was ever decided, accomplished, created, or changed inside of a comfort zone. The first step to BE GREAT is to stare fear in the face and say “NOT TODAY!” My identity is not tied to my performance or the outcome or any single event. I am so much bigger than that! I am so much more than that! I have so much more to offer than that!

How many interviews have you heard at halftime of big NFL football games or NCAA March Madness Basketball Games or the Pre-game show to any game you have ever watched on TV the quote, “The Team that makes the least amount of mistakes will win this game!” I can not stand when I hear coaches or announcers say that because, basically, what you are saying is that the team is going to play from the paradigm of FEAR and not be FREE in their approach. Having heard that in locker rooms my whole life as a player, as well as well-respected coaches say that on television, I promised myself that if I ever coached a team or led a business unit, I was going to encourage my players or co-workers to attack that moment with FREEDOM and not FEAR.

“If you are not making Mistakes, then you are NOT doing anything!” So, get up and shake off whatever is holding you back and start doing something awesome that only you were created to do today!

EDITOR’S NOTE
Drew Maddux is a Tennessee Native and former SEC Standout at Vanderbilt. During his stellar playing career he collected both All-SEC First Team and All SEC Academic Honors and was an NBA 1st Rd Draft Pick. Coach Maddux has worn many hats. He is a former Executive VP of a restaurant chain, the co-founder of Healthcare Affiliate Partners and has worked as a college basketball Analyst for Fox Sports South, Comcast Sports, Fox, WB and UPN. Coach Maddux has also been a co-host on his own radio show on 104.5 “The Zone”. He is currently the Head Coach At Christ Presbyterian Academy (CPA) in Nashville where he has compiled a record of 320-63 along with 2 State Championships, 8 District Championships, and 7 Regional Championships. Follow Coach Maddux on twitter @DrewMaddux

One thought on “THE GREATNESS OF YOUR MISTAKES by Drew Maddux”