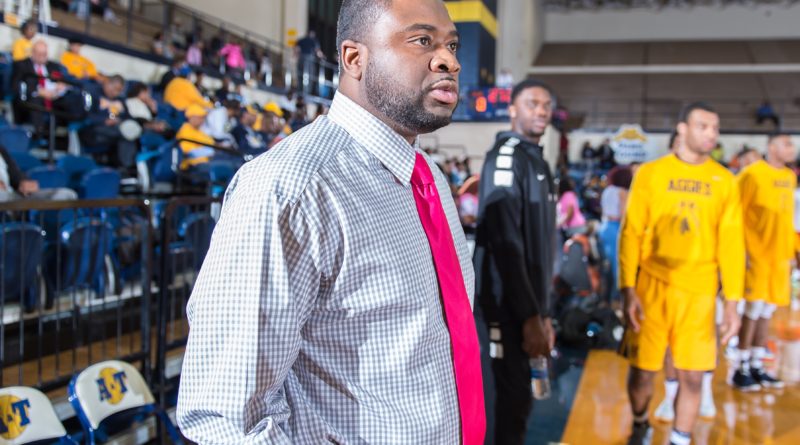 I recently had the chance to visit with the individual who gave me my first full-time coaching opportunity. David “Smokey” Gaines was one of the first African American Division 1 coaches, a Hall of Fame Harlem Globetrotter, and Dick Vitale’s top assistant at University of Detroit. As a bright-eyed coaching prospect, I thought starting under Gaines would allow me to learn the business from a legend.

That gig wasn’t at a high profile Division 1 job or D2 job. My first Job was at Gaines’ alma-mater, Lemoyne-Owen College, a small HBCU in the heart of South Memphis TN. The school is where another legend, Jerry Johnson, made his name. Yes, the same Jerry Johnson that worked with John Mclendon. In case you’re wondering, that is the same John Mclendon that worked for James Naismith. Looking back, as a young black assistant coach, who else did I need to learn the business from?

I played for 6-time MEAC Tournament Champion Coach Cy Alexander at South Carolina State and went on to work for him at Tennessee State University. I was a part of championship teams under Alexander and played in the NCAA tournament.  I couldn’t believe that I got my grad-assistant experience under Alexander and now I was about to be tutored by an Icon in Gaines. What a start…

At the end of my first season, I felt like I had aged 10 years; I had been put through the ringer.  I knew how to be the secretary, marketing department, fundraiser, IT guy, custodian, chofer. I found myself serving and working like a swiss-army knife, completing all the tasks that no one tells you has to be done for a program to function. I even found myself in the emergency room because I was stressed out.

At the completion of year one, I came away with a great deal of information, exactly what I was looking for. I even served as the Head Coach for three games. I thought I made it and then I was introduced to how the business really worked.

I was lucky to interview at a great D1 university after one year. I was excited. This job was close to my childhood home, the pay was solid, I thought I was set. Everything was working out perfectly and then out of nowhere late in the summer the head coach was let go and my job vanished.

I was fortunate to rebound at my alma mater around Thanksgiving of that year because of a coaching change. I was back in the game at the D1 level, at the school I had played at and experienced success. I felt good. By the end of that season, our staff had been fired and even though the new coach kept me on for a extra week, he decided not to retain me. So, for the second time in 1 year I had no paycheck coming in. This was crazy! My dream was still to be the head coach at Kentucky. How the heck was I going to get there?  At this point, I wanted to broaden my experience beyond HBCU’s. I wanted to cross the barrier to traditional schools.

I was able to land, pound for pound, the best job I have had in my career to this point. I was named an Assistant Coach at Okaloosa Walton college, one of the top junior college programs in the nation. I worked for Bruce Stewart, a coach who had won over 900 games. I learned how to coach from a coach who taught coaches. But I also learned how to recruit relentlessly everyday, outwork people and evaluate players for the level we needed which was a very high level. I met every college coach in the nation. They all came through to see our guys, it was great. Three solid recruiting classes and Okaloosa-Walton (now Northwest Florida State College) was in the National Tournament for the first time since 1994. After the season, I turned down a job offer to become the head coach at Motlow State College in Tennessee. My mother was going through health issues and I made the decision to be closer to home. I was blessed to land a position at Charleston Southern University with Barclay Radebaugh, one of the most underrated coaches in the country.

The story picks up from here. Following two solid recruiting classes, CSU won more games than they had won in 16 years and produced a conference championship. Yes, this occurred at a school with the smallest gym in D1 basketball. That success allowed every assistant on our staff to earn new jobs. I landed at Jacksonville University with Cliff Warren  one of the best and up and coming coaches in the country. Warren is the guy who really allowed me to spread my wings as a basketball coach. The program was making a lot of noise. Two Atlantic Sun Conference championships and a couple of high major upsets, we were viewed as one the “giant killers”. Three recruiting classes in we thought we had what we needed to get back to that level. It’s not easy to sustain that level of success when you have one of the oldest most outdated gyms in the nation and yet our staff recruited multiple first team players, and a couple guys that had a chance to play with NBA teams. Then I learned that when you get a new Athletic Director or a new President there often can be a new vision for your program. Well, we got a new AD and a new President in the same year. So after 3 recruiting classes we were canned, with arguably the best team we had put together on paper coming back. One ACC player, one Atlantic 10 1st teamer & National player of the year nominee and one of the top transfers in the country. I think we would have been pretty good.

The next 4 years have been a roller coaster. A newlywed with no job searching for answers,  there was only one thing I knew how to do and that was to continue to grind.  I became a head coach at a rural HS outside of Jacksonville, Florida. I trained whoever needed training, 3 of them ended up being Division 1 prospects. I ran unsigned camps to help guys get into school and kept myself involved in the game.  Late that fall I landed at Florida A&M where Byron Samuels did an outstanding job. Currently I’m in year two at North Carolina A&T following a 3 win season in our first campaign. After being picked last in the pre-season polls, we find ourselves sitting  atop the MEAC standings going into conference play. Not too shabby!

I’ve been lucky. This will be my 17th season in the business. I have worked in a ton of tough situations. And have been able to see success. I have been fired, hired, hot, cold, and everything in between.  Until you have been to that side you really don’t know how this business works.  This post goes out to all those road warriors who had to climb your way up from the bottom.

EDITORS NOTE
Will Jones, a South Carolina State Alum, is a veteran of the coaching profession. He began is career at Tennessee State as a graduate assistant in 2003 and has since had stops at Lemoyne Owen College, South Carolina State, NW Florida State (JC), Charleston Southern, Jacksonville University, West Nassau HS (FL), Florida A&M and North Carolina A&T where he has been assistant coach since July of 2016. Jones was named Interim Head Coach at NC A&T on Christmas Eve of 2019 and went on to be named 2020 MEAC Coach of the Year that season.

9 thoughts on “THE PROCESS: IT’S HARD BUT FAIR by Will Jones”